The oldest of six children, Chuck Benidt grew up poor in the Milwaukee, Wis., area. By age 13, he was refurbishing old bicycles, a lucrative enterprise when World War II made rubber and steel scarce.

“He would have loved to have had a college degree, but he had something college can’t provide – street smarts,” Bea Benidt Webster said of her late husband, Charles E. Benidt, who used blessings from his successful entrepreneurial career to establish the Gregg H. Benidt Memorial Professor of Homiletics and Literature at Concordia Seminary, St. Louis, in 1997.

The elder Benidt – who made the gift in memory of his son, Gregg – rose from humble roots to build a thriving supermarket chain and real estate company.

Chuck, as he was best known, told Bea he was greatly influenced by the Lutheran men in his early life. “He got his work ethic from his maternal grandfather, a very good man and a hard worker,” Bea said of Johann Benidt, with whom young Chuck spent summers in South Dakota.

Pastors at Chuck’s Lutheran schools – including the Milwaukee Lutheran High School where he graduated in 1946 – made another lasting impression. “They provided a stable part of his youth,” Bea said. “He admired them and valued their teaching and his Lutheran school education.”

Chuck’s confirmation pastor came to mind as he contemplated a memorial for Gregg, who died after an automobile accident in 1987. Chuck recalled the Rev. George Beiderwieden Sr. proudly telling his confirmation class about Concordia Seminary, St. Louis, where Beiderwieden graduated with the class of 1910.

“He wanted to do something in Gregg’s memory while he was still living,” Bea said. “He saw the endowed professorship as an opportunity to make a lasting impact.”

Chuck never forgot his modest beginnings and sought ways to help others. When the couple talked about his longtime support of LCMS missionaries, Bea said it was important to Chuck that such support continue beyond his life on earth.

In 2003, he created the Charles E. Benidt Foundation which, over the years, has provided funds for missionaries serving internationally as well as charitable organizations in Milwaukee, including services for abused women and children and after-school programs.

A few years later, a challenge grant from the Benidt Foundation led to a major renovation of the Seminary dining hall complex. Bea, who serves as foundation president and chief executive officer, spoke at the 2012 dedication of the Johann Hinrich Benidt Seminary Center, named in honor of a beloved grandfather.

Chuck died in 2006, but this generous Lutheran and street-smart entrepreneur continues to touch lives.

Just as his father stocked grocery shelves early in his career, so did Gregg Benidt when he was a youngster during summer vacations.

“He was following in his father’s footsteps,” Bea Benidt Webster said of Gregg, the son of her late husband, Charles E. Benidt, who operated a chain of supermarkets in the Upper Midwest.

Gregg, too, owned a supermarket when he died in 1987 after a car accident. He was 37, married and the father of three children.

“Chuck was devastated when Gregg died,” Bea said. “He wanted to do something to acknowledge his son’s memory while Chuck was still living.”

On Oct. 18, 1997 – exactly 10 years to the day that Gregg’s earthly life ended – the Concordia Seminary, St. Louis, Board of Regents officially accepted a gift establishing the Gregg H. Benidt Memorial Professor of Homiletics and Literature.

This was the Seminary’s first endowed chair. That Chuck could help create “an important opportunity for lasting Seminary support,” Bea said, brought some comfort to her husband, who at the time lived with her in Brookfield, Wis.

Chuck also commissioned a painting of Gregg, which he presented to the Seminary when the endowed chair was announced.

Today, the Benidt Memorial Professor of Homiletics and Literature continues to enhance Seminary curriculum to form new pastors and provide preaching resources for pastors throughout The Lutheran Church—Missouri Synod. 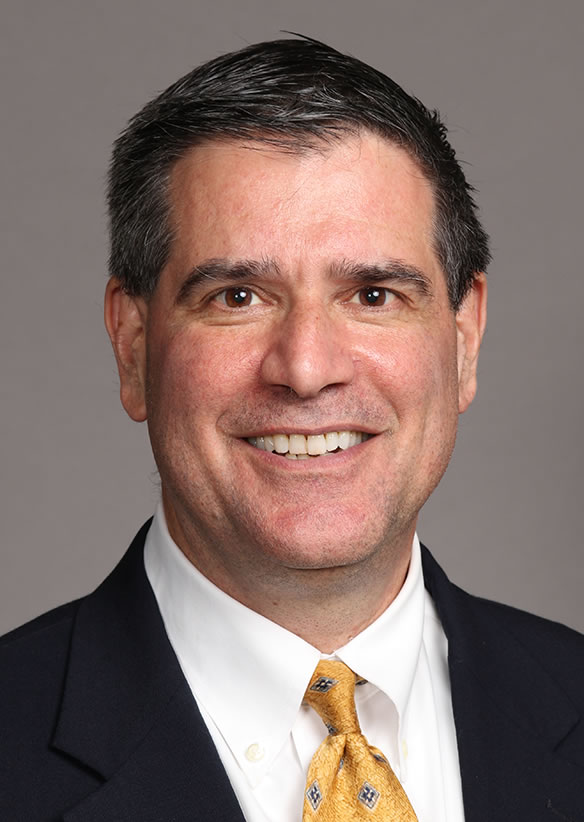