Phyllis Duesenberg remembers her excitement as a child watching her LCMS missionary father preach in small village churches with mud walls and thatched roofs in India.

“The men would sit on one side, the women on the other, and we children sat on the floor up front in the middle. You can’t imagine the rapt attention with everyone so eager to hear the Gospel,” said Phyllis, the daughter of the Rev. Andrew J. and Pauline Buehner who served in India for more than two decades. “It was truly inspiring!”

In 2012, Phyllis and her husband, Richard, established the Buehner–Duesenberg Endowed Chair of Missions at Concordia Seminary, St. Louis, in memory of her parents and as an opportunity to inspire future church workers for mission service.

“They were a team,” Phyllis said of her parents, who married in June 1928 and headed for India three months later.

‘He was always available’

Both Andrew and Pauline grew up in LCMS families – Andrew on a farm in Clayton, S.D., and Pauline Beck in Jefferson City, Mo. They met when Andrew was a student at Concordia Seminary and Pauline worked full time and studied at Washington University.

After graduating in 1928, Andrew was ordained into ministry in Clayton and received a call to Trivandrum in southern India. “They were both very adventurous and excited to go,” said Phyllis.

She remembers her father driving as far as possible to a church. Villagers greeted the family, escorting them on foot through the paddy fields to where her father would preach.

“He never had a day off – he was always available,” Phyllis said of her father, who, in addition to his preaching duties, was constantly giving villagers rides to the hospital and youngsters a lift to school.

In addition to accompanying her husband, Pauline taught Bible lessons and sewing at the family’s home. She organized a Ladies Aid group that made comforters for Indian missionaries. “She was a very gracious hostess,” Phyllis said of her mother.

From 1938 to 1942, Andrew served as supervisor and then manager of Concordia High School in Trivandrum. After returning to the United States in 1950, he served in parish ministry in Meadow Grove, Neb., and Vincennes, Ind., and concluded his career as an editor at Concordia Publishing House.

In 1974, the Seminary honored Andrew with an honorary Doctor of Divinity degree.

Growing up in India

The Buehners raised three children during their missionary service in India – Phyllis and her siblings Dorothy and Allan.

“For us kids, life was very exciting, but, looking back, I’m sure my parents were very concerned for us,” Phyllis said of growing up in the mission field, including the time when she, her mother and siblings were told to leave India after Japan invaded Burma (now Myanmar) during World War II.

Phyllis attended a boarding school for international and Indian students. After graduating from high school, she returned to the United States and enrolled at Valparaiso University in Indiana.

“We were both raised in LCMS families,” said Phyllis, who married Dick in 1955 after his graduation in 1951 and service in the U.S. Army.

Dick earned a Master of Laws degree at Yale University and taught at New York University. Phyllis continued teaching elementary school, a vocation that began in Valparaiso when a Lutheran school invited her to share her experiences growing up in India.

In 1962, Dick joined Monsanto in St. Louis. He retired 33 years later as senior vice president and general counsel. The couple raised four children and joined LCMS congregations wherever they lived.

In 1991, Phyllis and Dick learned of the Seminary’s plans to dedicate a new chapel. To strengthen outreach through classical music, they arranged for the theologian and musician Rev. Robert Bergt to begin conducting “Bach at the Sem” in 1993, underwriting all the costs for two years. Over the next two decades, the Duesenbergs continued major support of the series.

After Andrew Buehner was called to his eternal home in 1984 and Pauline in 2002, the Duesenbergs sought to keep the memory and spirit of this faithful missionary couple alive through the Buehner–Duesenberg Endowed Chair of Missions.

Phyllis smiles when she notes that Dr. Victor A. Raj – a former parish pastor in India and India Evangelical Lutheran Church leader – holds the chair.

“Victor’s father and my father were friends in India,” she said. “My dad would be pleased.”

In 2019, Dr. William Schumacher was installed as the new Buehner-Duesenberg Professor of Missions after Raj retired after 24 years as a Concordia Seminary faculty member. 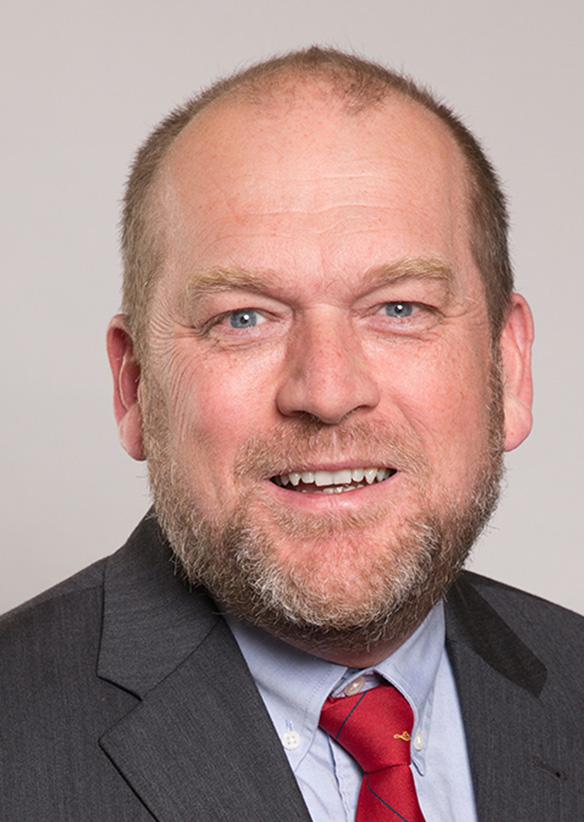