Consistently ranked among the nation’s most affordable and best places to live and raise families, the St. Louis region offers many opportunities to watch or participate in a wide range of sports, recreational activities and cultural events. Not far from St. Louis’ urban core are the beautiful rolling hills of the Ozark Mountain Region and outdoor activities such as hiking, canoeing and spelunking in more than 6,000 caves.

The St. Louis area is home to numerous Fortune 500 companies, a vibrant start-up scene and a newly developing major technology sector for geospatial intelligence. The region also is a center of medicine and biotechnology. Seminary spouses will discover a wealth of career opportunities at these companies and beyond.

A vibrant network of LCMS schools operating within the area is eager to embrace our seminarians and their families. A number of LCMS early childhood centers, elementary schools and high schools are located in close proximity to the Seminary. Some of these schools offer special tuition rates for the children of seminarians. The local public school district also offers an elementary and middle school within walking distance of campus. 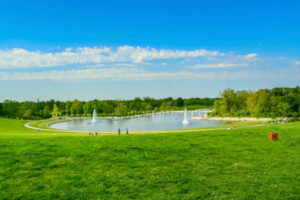 The St. Louis region offers numerous activities and events for residents and visitors alike. Take a 630-foot ride to the top of the world at the Gateway Arch, the famous stainless steel monument offering a spectacular view of the city, or get a glimpse of where Lewis and Clark set out on their historic expedition at the Jefferson National Expansion Memorial. Visitors also can hop aboard a 19th century paddlewheel boat replica for a narrated cruise down the mighty Mississippi. Other fun stops are the Saint Louis Zoo, Grant’s Farm, the Missouri Botanical Garden and nearby Forest Park, the largest urban park in the United States and home of the 1904 World’s Fair. 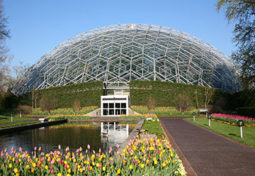 There’s no place finer than The Fabulous Fox for dazzling live theater where you can catch the Broadway bug with a musical, concert or dance troupe performance. Hear your favorite classical music performed by the renowned St. Louis Symphony at Powell Hall or see an award-winning musical at Stages St. Louis. Immerse yourself in operatic drama at the Opera Theatre of St. Louis or experience classic and modern playwrights at the Repertory Theater or the newly renovated Peabody Opera House. Bask in the moonlight during an outdoor show at Forest Park’s The Muny, the nation’s largest outdoor amphitheater dedicated solely to musical theater.

During the spring and summer seasons, you can cheer on the city’s multiple-time world champions, the St. Louis Cardinals, at Busch Stadium. If you’re visiting in the fall or winter, you can catch the St. Louis Blues heating up the ice at the Enterprise Center downtown.