Modeling the love of Christ, welcoming the foreign-born

When Lutheran Medical Center sold in the early 1980s, many St. Louis area congregations feared the end of a longtime commitment to caring.

But instead of the end, the sale sparked the beginning of the Lutheran Foundation of St. Louis, the grant-making ministry of 61 Lutheran Church—Missouri Synod congregations. Decades later, the Foundation continues to serve as a conduit for Christians to model the healing love of Christ and foster a healthier community.

“So many blessings have been possible,” said Ann L. Vazquez, president and CEO of the Lutheran Foundation, which was created in 1984 with proceeds from the medical center sale.

Since then the Foundation has awarded more than $100 million in grants to more than 600 churches and organizations in the greater St. Louis metropolitan area – support that has made possible scholarships for children to attend Lutheran schools, programs to assist ex-offenders returning to their families and society, services to help foreign-born people succeed in their new communities and more.

“Our vision is to see the Church brought into the lives of hurting people and for those people be included in the healing life of the Church,” Vazquez said.

In 1987, one of the Foundation’s early grants was awarded to Concordia Seminary, St. Louis, to establish the Lutheran Foundation of St. Louis Chair in Pastoral Ministry and Life Sciences. The Rev. Dr. Robert William Weise, professor of practical theology, held the chair beginning in 1992.

In addition to teaching at the Seminary, the Lutheran Foundation chair served as guest speaker at symposiums and conferences throughout the country, discussing timely life science-related topics such as stem cell research and in vitro fertilization.
“With such issues beyond the knowledge base of many pastors, this was a resource for church workers to help inform their congregations,” Vazquez said.

In 2015, the Foundation endowed chair took on a different focus at the request of the Seminary Board of Directors. The new Lutheran Foundation Professor of Urban and Cross-Cultural Ministry was created to address another important emphasis – outreach to the United States’ growing foreign-born populations.

“We encourage and support congregations to get out and be the hands of feet of Christ in the community, and that very much includes welcoming foreign-born individuals and families,” Vazquez said.

The Rev. Kou Seying – a former Southeast Asian refugee who came to the United States from Laos at age 12 – served as the first Lutheran Foundation Professor of Urban and Cross-Cultural Ministry beginning in 2015 until his death in 2019. Dr Ely Prieto became the second person to hold the chair beginning in 2021.

When he arrived in Indianapolis, Ind., in 1976, Seying and his family were sponsored by St. Peter Lutheran Church. Today, local congregations continue to play a critical role in welcoming and serving growing numbers of refugees and immigrants making new homes in the United States.

Opportunities for cross-cultural ministry abound in communities throughout the country where Seminary graduates serve. The Lutheran Foundation Professor of Urban and Cross-Cultural Ministry also administers and develops the Seminary’s Center for Hispanic Studies and the Ethnic Immigrant Institute of Theology program, in which pastors, deaconesses and missionaries are prepared who will embrace these mission opportunities.

More than 30 years after the sale of Lutheran Medical Center, healing ministry continues through the Foundation’s grant support in area health and human care ministries. And countless lives continue to be touched – in St. Louis and beyond – by Lutherans modeling the love of Christ. 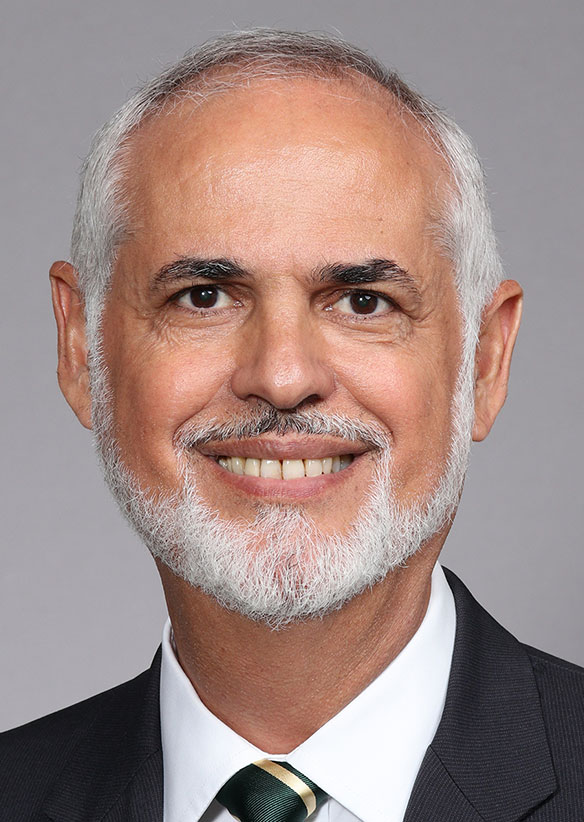