In the 1990s, Tom and Linda Ray decided if they ever had the financial means, they would endow a faculty chair at Concordia Seminary, St. Louis.

That desire came from their love for the Holy Scriptures, and the continuous need for Lutheran pastors to study the Scriptures under the guidance of faithful professors.

And if the opportunity arose, Tom and Linda knew they would name the chair after their grandfathers, who taught them the eternal value of God’s Word.

The Rays’ plan to honor their grandfathers came to fruition in 2021 when Tom, a retired attorney, sold his interest in an estate-planning software and education company. They soon established the W.G. Ray and Louis J. Rechtzigel Endowed Chair of Biblical Studies.

A legacy of faithful service

William Goebel Ray lived a full life in Purdy, Mo. He was a schoolteacher from age 15 to 36, at which point he became the postmaster of the local U.S. Post Office. He carried mail for many years, and he also raised angus cattle.

“I used to tease him that he was a gentleman farmer,” Tom Ray recalled. “And he would say, ‘I think I’m more farmer than gentleman.’ He was a wonderful, wonderful man.”

W.G. Ray was a devoted Christian who helped found a church in Purdy. He served as the chairman of that congregation and taught adult Bible study for more than 50 years. He and his wife, Lunda, passed down their faith to their children and, ultimately, to their grandchildren.

“When I told him that Linda and I were getting married, the first thing he asked was if she was taking me to church,” Tom recalled. Indeed, Tom and Linda had been attending The Lutheran Church of Our Savior in Bethany, Okla., at the time.

W.G. Ray was not Lutheran, but he knew Lutherans were “good Bible-believing people.” He approved of his grandson’s choice of Linda – and their church home. Plus, he told Tom he enjoyed the pilgrimage to St. John’s Lutheran near Purdy each fall: “He said, ‘Grandma and I go out every year for their Oktoberfest. Those Lutheran ladies can cook!’”

W.G. Ray’s faith often led him to look out for people in need, especially during the Great Depression. He once taught a full school year without being paid “because the kids needed a teacher.” After he secured a regular-paying job with the postal service in 1937, he instructed each of his children to bring home a less-privileged friend once a week for a nutritious meal. There was always an extra place setting at the dinner table.

Louis J. Rechtzigel was a dairy farmer – and a rather innovative one at that. His farm, at first, was a vegetable farm then a dairy farm and then a beef cattle farm. Linda said her grandfather was the first farmer in the Saint Paul, Minn., area to pasteurize dairy on-site. He had a demonstration milking parlor that was visited by many in the industry. He read as much as he could to keep up with the latest in farming technology.

Formally, he had a third-grade education as he had to quit attending a Lutheran day school because of the events of World War I and the family need of his help on the farm. “Experience-wise, he had a Ph.D. in farming,” Tom said.

Louis also taught himself to play violin, mandolin and accordion.

“He never gave himself credit for being as smart as he really was,” Linda said of her grandfather. “He was a farmer but also a businessman who could fix anything.”

Linda’s family is Lutheran through and through, and her grandfather often expressed his faith by singing. She recalled how he would sing while feeding the cattle in the barn. He would hum and whistle his favorite hymns, too.

“He was always singing the Word to these animals, and to us,” Linda said. “Grandpa’s cows and cattle heard all the verses of ‘What a Friend We Have in Jesus’ and ‘Take it to the Lord in Prayer’ many times. I think those hymns expressed his faith in a nutshell. He had such a deep faith. He was a farmer, and he knew that it all came from the Lord.”

Linda said her grandparents also made sure to care for others in need. Louis and his wife, Florence, routinely left food for the homeless people and other travelers by the railroad tracks close to their home.

“We were both blessed to know each other’s grandfathers,” Tom said. “My grandfather taught the Bible in his Sunday school class, but he also lived it the other six-and-a-half days of the week. Linda’s grandfather was the same.”

Tom and Linda Ray met in Oklahoma City, Okla., where Linda worked as a teacher and Tom was studying at Oklahoma City University. He would take her on dates on Saturday nights, then return Sunday mornings to take her to church (at her insistence).

Tom recalled being struck by Pastor Willard Stark’s willingness to admit that he was a sinner. Soon, he enrolled in adult confirmation class where he learned what it means to be Lutheran.

“Pastor Stark opened my eyes to the wonder of grace through faith in Christ,” he said.

Tom’s self-chosen confirmation verse is a tribute to his grandfather’s servant leadership: “Religion that is pure and undefiled before God, the Father, is this: to visit orphans and widows in their affliction, and to keep oneself unstained from the world” (James 1:27 ESV).

Tom briefly worked in journalism before returning to Oklahoma City University for law school. His legal pursuits eventually led him and Linda to St. Louis, where he worked for the LCMS Foundation. Eventually, he helped found WealthCounsel, LLC, which develops estate-planning resources for lawyers and their clients. The sale of that company paved the way for the Ray-Rechtzigel Chair.

Now retired, Tom enjoys studying Biblical archaeology. He and Linda have taken part in archaeological digs in Israel and Greece. They are active members of St. John's Lutheran Church in Arnold, Mo.

They hope the Ray-Rechtzigel Chair provides an avenue for Concordia Seminary faculty to incorporate geographic and archaeological insights into the study of God’s Word. Dr. David Adams has been named the chair’s first occupant.

“When I was growing up, I loved reading comic books, and I liked Superman and Batman and I liked watching those westerns on TV,” Tom said. “But none of those guys were ever my hero. My hero was my grandfather.

“We have been blessed by the ministries of many wonderful pastors. We desire to contribute to the excellent education given by the Seminary to future generations. For God to provide us with the funds to be able to honor our grandfathers by naming an endowed chair after them is a very humbling and joyful experience.” 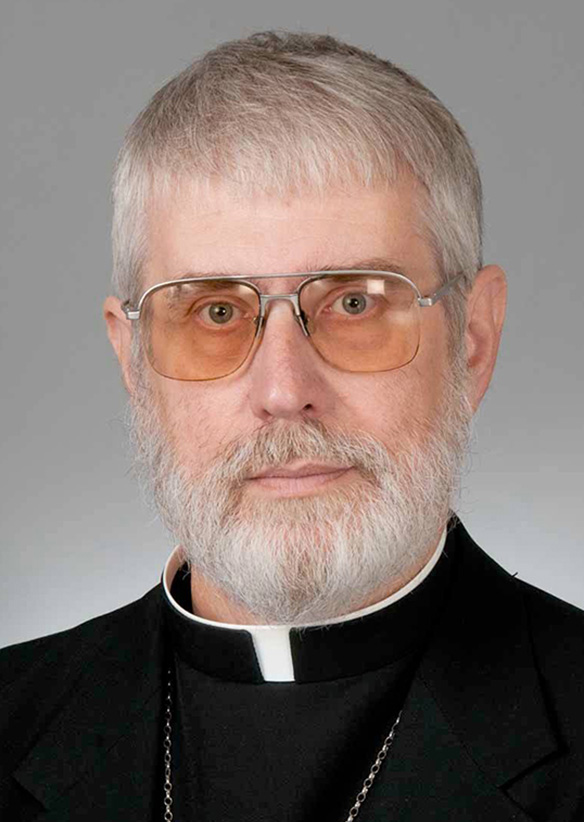