Funeral to be held Nov. 20 at Trinity Lutheran Church in Savannah, Ga.

Dr. Louis A. Brighton, emeritus professor at Concordia Seminary, St. Louis, peacefully was called to rest with Christ Friday, Nov. 13, 2015. He was 88. 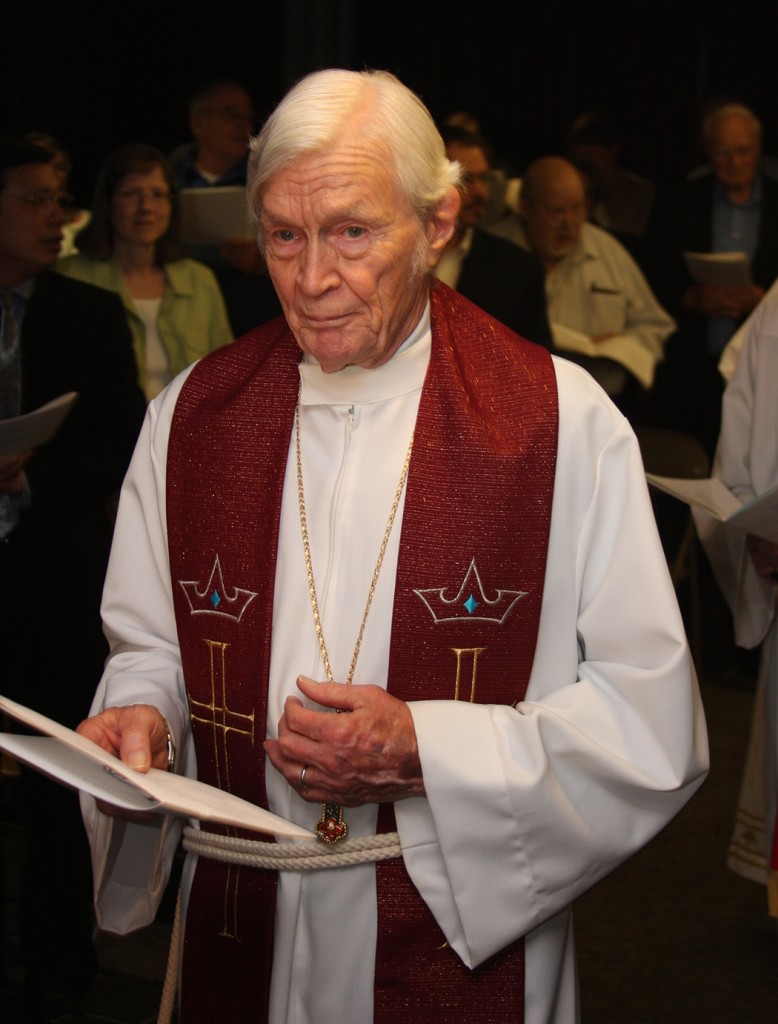 “Dr. Brighton was a churchman and scholar, but I’ll always remember him in a personal way,” said Concordia Seminary President Dr. Dale A. Meyer. “For decades I worked with Lou and his dear Mary at The Lutheran Hour and Concordia Seminary, and came to appreciate him first and foremost as a man who loved people and especially loved his Savior. I am just one of countless people that Dr. Brighton helped, and through his scholarship continues to help on the heavenward way.”

Brighton retired in 1998 after 24 years of distinguished service as professor of exegetical theology at Concordia Seminary. Prior to joining the faculty in 1974, he ministered to Lutheran congregations in the United States and England.

He helped establish the program of seminary preparation for Lutheran pastors in England that later developed into Westfield House in Cambridge. His parish ministry included service on various committees, especially those dealing with pastoral education and evangelism, and he was a member of the Board of Regents at Concordia Senior College (now Concordia Theological Seminary), Fort Wayne, Ind., from 1973 to 1974.

In 1999, Brighton wrote “Revelation” as part of the Concordia Commentary Series. After teaching a course on Revelation for 25 years at the Seminary, Brighton was recognized as one of the church’s foremost authorities on the book. His 2008 lectures on the book are available from the Seminary’s digital archives: scholar.csl.edu/revelation/.

In the preface to the commentary, Brighton commented on the long-term relationship he had had with Revelation: “During the many years of study and preparation and all through the writing of this commentary, it has been my prayer that if, by the grace of God, this undertaking should be completed, it would be for the praise of God and for the continued witness to the glory of the exalted Jesus Christ, the Lamb of God … For Revelation is the last word from Jesus Christ until he comes at the End to receive all who put their hope in him as their Savior and Lord” (p. xiii).

“My dad was the best father that I could have ever had,” said his daughter, Christine Moran, who lives in Savannah. “We miss him so much. The Spirit of God in him was so incredible. I felt God’s presence so strongly in him, even when I was a small child.”

The faculty, students and staff of Concordia Seminary have been blessed by Brighton’s ministry and teachings. He will be missed. He is survived by his wife, Mary Belle; five children, Stephen Brighton, Anne Fischer, Christine Moran, Mary Helen Anander and Mark Brighton; 10 grandchildren; 10 great-grandchildren; and one brother, Dr. Carl Brighton.

Memorial contributions can be made to Concordia Seminary’s Student Financial Aid Endowment Fund or The Lutheran Church—Missouri Synod’s fund, “Christ’s Care for the Persecuted and Displaced.”