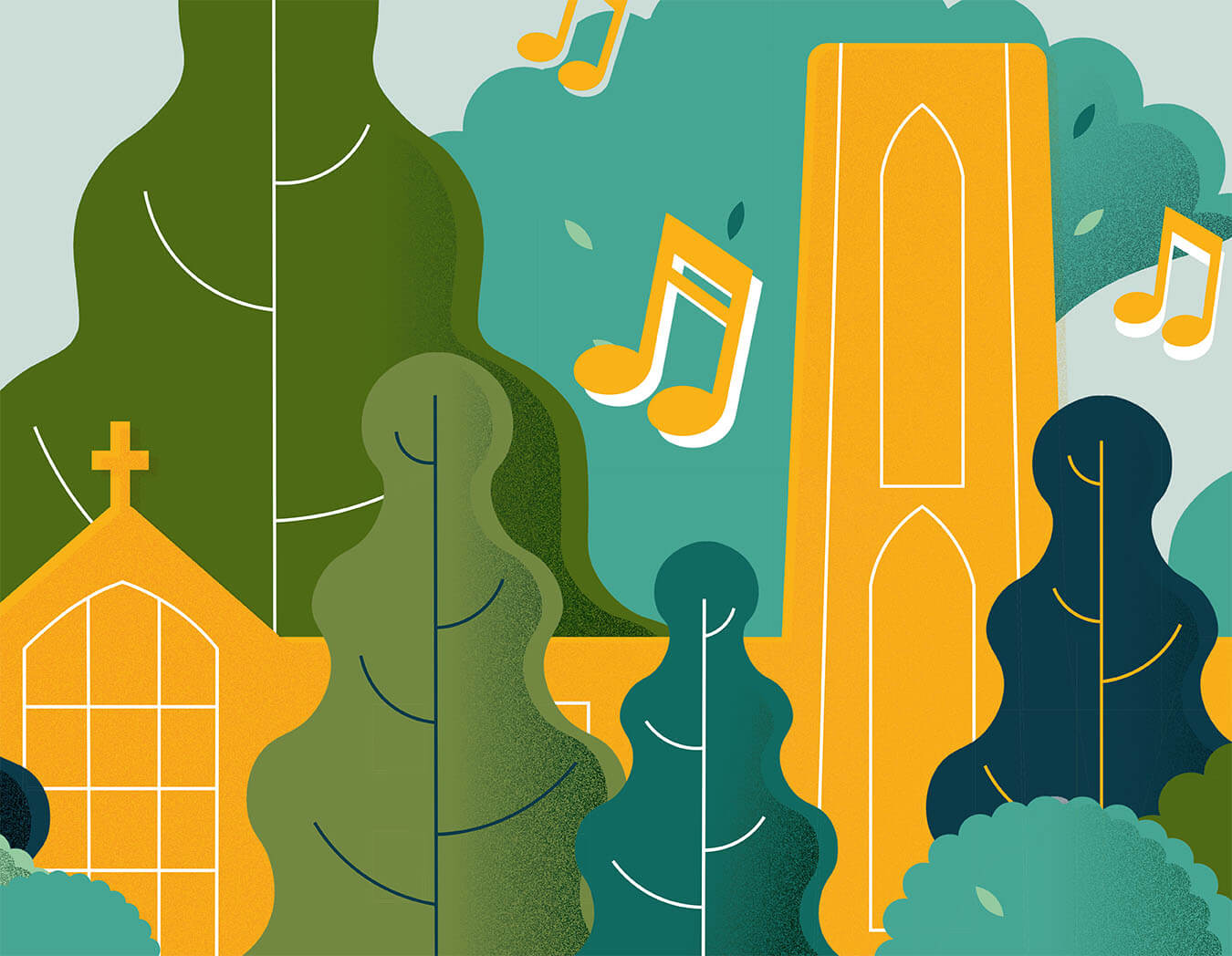 Roy Kroezen, who was born in Enschede, the Netherlands, was appointed carillonneur of the Centralia Carillon in Centralia, Ill., in 2016. Since 2020, he has served as the organist at St. Mary Catholic Church in Centralia and the Fox Theatre in St. Louis. He studied organ at the Music Conservatory in Arnhem, and he studied carillon at the Netherlands Carillon School in Amersfoort, the Netherlands, and at the Royal Carillon School Jef Denijn and the Lemmens Institute, both in Belgium. He holds a master’s degree in carillon and in organ and choir conducting. In the Netherlands, he served as a municipal carillonneur in Zwolle, Hoogeveen, Arnhem and Huissen. For 22 years he served as organist in Hilversum at the Apostolic Society and Catholic churches in Hoogland, Amersfoort and Beesd. He was chairman of the Music Committee of the Netherlands Carillon Association (NKV). He teaches carillon and organ and arranges music for the carillon. He has played numerous organ and carillon recitals in the United States, Europe and the island of Curaçao. In 2002 he held six concerts a day for nine weeks on the island of Kyushu in Japan in Huis ten Bosch, a Dutch-style family park. Kroezen has won prizes at several international carillon contests. Together with the Zwolse Beiaard Stichting (Zwolle Carillon Foundation), he organized two contests for carillon duet and a carillon composition contest, held in Zwolle, the Netherlands.