Several years before his death in 2016, Gustav A. Butterbach hosted his own wake. He called it a “celebration of life,” an afternoon of food, camaraderie and memories with two dozen close friends.

“Gus stated that he did not want to miss this gathering so he planned it well in advance of his passing,” a friend says of this likable, charitable World War II veteran.

Butterbach also was determined not to miss another important opportunity – to use his blessings to glorify God and strengthen ministry. In 2000, he established the Gustav and Sophie Butterbach Chair of Exegetical Theology at Concordia Seminary, St. Louis, in the area of Old Testament studies and in memory of his parents.

Two years later, the couple married. During the Depression, they moved to a farm in Pinconning where Gus and his younger brother, Richard, grew up.

Gus often called himself a “German bachelor farmer,” but his life included so much more.

He was drafted into the Army soon after his high school graduation. In March 1945, during the campaign following the Battle of the Bulge, he was returning from an early morning patrol near Roth, Germany, when he stepped on a land mine while avoiding a tripwire.

Friends note that Gus didn’t allow his war injuries to keep him from skiing or playing handball. He pursued an education, earning a bachelor’s degree in liberal arts and master’s degree in business administration, both at the University of Michigan.

Throughout his career Gus worked in civil service for the U.S. government. He held various human resources positions, including a posting to the Navy’s training station near Chicago.

But his life was full of friends and activities – singing in German choral groups, attending theatrical and sporting events, traveling worldwide.

A longtime cancer survivor, Gus died March 16, 2016, at Beaumont Hospital in Troy, Mich. Although he had a second bout with the disease, friends say Gus succumbed to what he referred to as “A.G.E.”

He donated his remains to the University of Michigan for medical research.

Along with his brother and sister-in-law, Richard J. and Ursel Butterbach, of Frankfort, Ky., Gus’ survivors included many friends from his longtime Warren, Mich., condominium association, his work, travels and beyond.

“Gustav Butterbach was a very polite, thoughtful and generous person – perhaps even more than his very conservative nature would lead one to believe,” a friend recalls. “His absence from our physical lives will now be noted by the ‘empty chair,’ but the memory of his presence in our lives will always remain with us.”

Likewise, Gus leaves a lasting impact at the Seminary. According to his wishes, the Gustav and Sophie Butterbach Chair of Exegetical Theology is a permanent faculty chair to support excellence in scholarship and teaching. 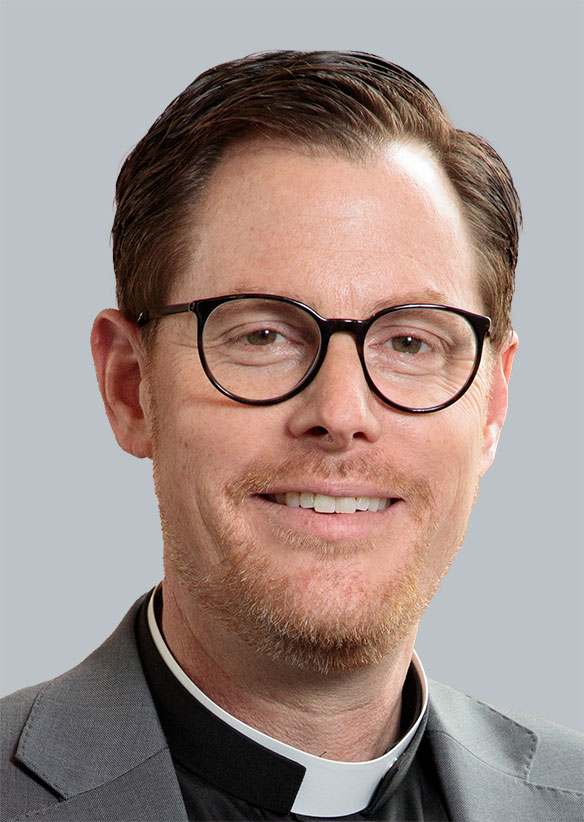