After Mary Griesbach heard a Lutheran Braille Workers (LBW) representative speak about the opportunity to transcribe Christian reading materials for visually impaired people, she joined a group who got training and met at Our Redeemer Lutheran Church in Muskegon, Mich., to produce the needed braille plates.

Today, the Rev. Toshio Okamoto – who served as Our Redeemer’s pastor when Mary and her husband, Waldemar, were members there in the 1970s – marvels at how those braille books, made possible by Mary and fellow volunteers, travelled from the church basement to “India and Africa and all over the world!”

“You never know how God is going to work in people’s lives,” Okamoto said of Mary who, in 2001, established the Waldemar and Mary Griesbach Endowed Chair of Systematic Theology at Concordia Seminary, St. Louis – another opportunity Mary used to proclaim the Gospel.

Okamoto recalls the former Mary Moudy telling how she and “Wally” met on a train during World War II. Wally served as an Army first lieutenant with an infantry division that reached Rothenburg, Germany, by Victory in Europe Day.

A graduate of University of Michigan and Case Western Reserve University Law School in Cleveland, he retired as a supervisory attorney in the Cleveland regional office of the National Labor Relations Board.

Okamoto remembers how Mary and Wally always sat in their same place for worship.

She was active in congregational life, taking part in Bible study, the Lutheran Women’s Missionary League and ministries like LBW. A gifted seamstress, Mary made vestments for area churches.

After Wally retired and the couple moved to San Diego, Calif., Okamoto – a 1956 Seminary graduate – was surprised when he learned that his former parishioners had made an “honor your pastor” gift in his name to his alma mater.

Years later, Mary told Okamoto how much she and her husband enjoyed worshipping at Our Redeemer. Wally liked that Okamoto would say in his sermons, “Now listen …” before he shared a Scripture.

“Wally would sit up then and really listen to the Gospel,” Mary told Okamoto, explaining that the couple appreciated that their pastor emphasized God’s Word and gave them “something to take home.”

The Griesbachs were living in Hendersonville, Tenn., when Wally, 85, died in 2001. A few months later, Mary established the endowed chair in memory of her beloved husband and in honor of “the faithful ministry of the Rev. Toshio Okamoto.”

Again, such an honor took the couple’s former pastor – who retired in 2000 after 44 years in pastoral ministry – by surprise.
He knew that the Griesbachs, who had no children, were very fond of Okamoto and his wife, Sachiko’s, three youngsters – Joel, Martha and Rebecca.

During visits with Mary in her later years, she told the Okamotos how pleased she and Wally were that Joel – who originally planned to pursue an engineering career – had switched paths and followed his father’s footsteps to the Seminary.

They were delighted that the young man they had known as a teenager in Muskegon had earned several degrees – Master of Divinity, Master of Sacred Theology and Doctor of Theology – joined the Seminary faculty and was teaching future church workers.

Mary was called to her eternal rest in 2011 at age 90, but she no doubt would be pleased that Joel was named the first occupant of the Waldemar and Mary Griesbach Endowed Chair of Systematic Theology three years later.

Mary once told Toshio and Sachiko that the Lord had blessed her and Wally, and the Griesbachs wanted to recognize those blessings in a way that shared the Gospel.

“Looking back, you see how the work of the Lord is done by people like the Griesbachs,” Toshio Okamoto said. 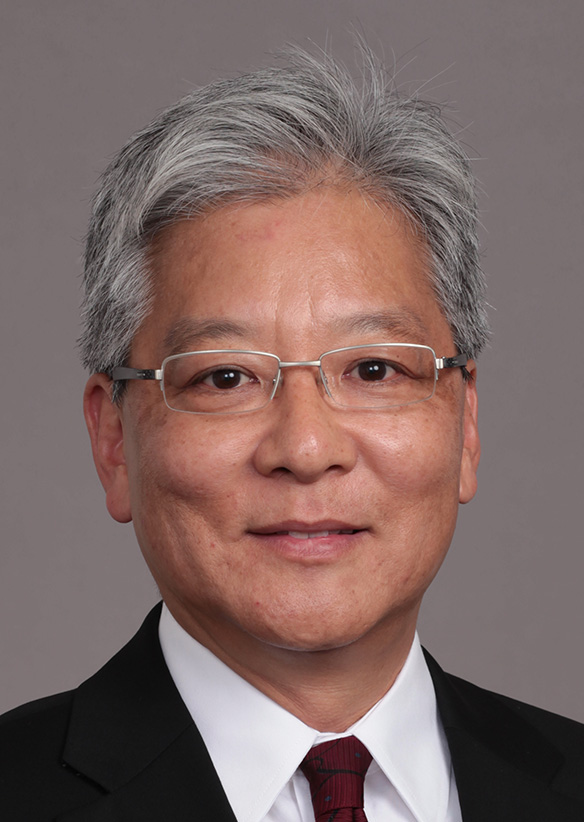