‘Great testament to what God can do through a humble servant’

As a child, the Rev. Tom Krause remembers his Uncle Werner delivering a bag of groceries each Saturday to Tom’s father, the young pastor at Zion Lutheran Church in Wartburg, Ill., and Werner’s brother.

“He was generous that way,” Krause said of Werner R. H. Krause, who never served as a professional church worker but, throughout his life, enabled the service of others.

That included sharing the Gospel with Hispanic people, a need Werner and his wife, Elizabeth discovered through the ministry of others and through their own travels.

“He had a heart for sharing God’s Word with the lost, including the many people who could not speak English,” Tom Krause said of his uncle, who, with Elizabeth, established the Werner R. H. and Elizabeth R. Krause Endowed Chair of Hispanic Ministries in 2007.

A heart for missions beat strong in the family of Werner Krause, the grandson of the Rev. Heinrich Christoph Boettcher, an LCMS missionary who graduated from Concordia Seminary in 1875 and planted some 27 preaching stations in the Dakotas and Minnesota in the late 19th and early 20th centuries.

Several of Werner Krause’s kin have been active in outreach to Hispanic populations: an uncle, one of the first missionaries in Argentina; two cousins, pastors in Argentina and Brazil; and two sisters who worked in Hispanic ministries in Milwaukee and Kansas City.

Raised in Alma, Mo., Werner attended St. John’s Academy and College in Winfield, Kan., where Tom Krause notes, his uncle was among the first business majors to graduate from that former LCMS high school and two-year college.

A job with the Civil Service Commission brought Werner to St. Louis, where he met his future wife, Elizabeth Ringger, a Washington University student from Memphis, Tenn.

A graduate of Sophie Newcomb College in New Orleans, La., Elizabeth – better known as Betty – graduated from Washington University in 1941 with a liberal arts degree. After earning her library science accreditation from the University of Wisconsin, Madison, Betty developed what became the Gaylord Music Library at Washington University, now hailed as one of the Midwest’s finest music collections.

Werner and Elizabeth lived just blocks from the Seminary for 43 year. They attended campus events, getting to know students and professors alike and were ardent supporters of Concordia Historical Institute (CHI), the LCMS archives and history department.

Visiting missionaries at the Seminary deepened their desire to support ministry to Hispanic people. So did their travels to Mexico. They saw “a great need for the Gospel,” Werner said, recalling “people doing penance by hobbling on their knees across cobblestone courtyards to reach a shrine on the other side.”

After reading about proposed Hispanic ministry budget cuts, Werner and Elizabeth also saw another story about a professor who was named as one of the Seminary’s first endowed chairs.

Those articles “crystallized our thinking” Werner wrote in a testimonial. “Why not set up an endowed chair for Hispanic ministries?”

In 2007, the Rev. Dr. Leopoldo A. Sánchez was named the inaugural professor of the Hispanic ministries endowed chair, the first such chair at the Seminary and in the LCMS. Sánchez also served as director of the Seminary’s Center for Hispanic Studies, a leading resource for theological education for Hispanics and Latinos throughout the United States.

Also important to Werner was preserving an important chapter in LCMS history. He joined with his cousins the Rev. Theodore Kohlmeier and the Rev. William Staab to write “Servant of His Savior: A Biography of Heinrich Christoph Boettcher (1846-1919).”

In 2008, CHI recognized the book for its significant contribution to the understanding of pastoral ministry, church life and the growth of the Lutheran church in the Upper Midwest. The back page, Tom Krause notes, includes a list of the 47 descendants who followed Boettcher into ordained or commissioned ministry.

Helping people to the end

During a visit shortly before Werner died in 2010, Tom Krause was not surprised to hear what was uppermost on his uncle’s mind – starting another scholarship fund for Hispanic students at the Seminary.

“He’s 95, trying to recover from a fall and breaking his hip, and he’s thinking about what else he can do to help Hispanic ministry. All he ever wanted to do was help people,” Tom Krause said of his uncle who, along with Elizabeth, began funding a Seminary scholarship in 1987 in memory of George Werner Ringger, Elizabeth’s brother who died in infancy.

Although both Betty – who died in 2008 –and Werner have gone home to the Lord, Tom Krause knows they continue to touch lives. At a ministry conference in Phoenix, Ariz., Leopold A. Sánchez told Krause about former Seminary students who are now preaching and teaching Hispanic people in the United States and beyond.

“It’s awesome!” said Tom Krause. “Think of this man from a small German town in Missouri and how God used his German frugality and God-given generosity in such an abundant way!”

He calls his Uncle Werner “a great testament to what God can do through a humble servant.” 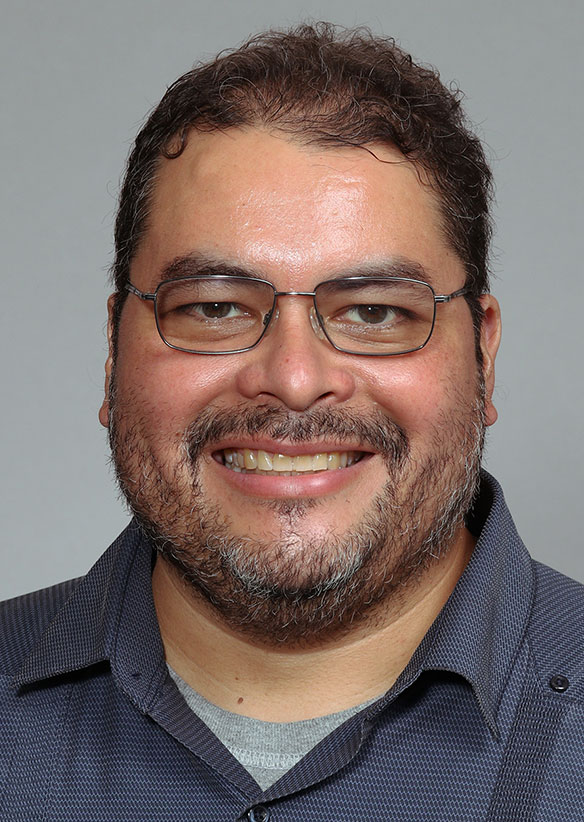