My journey to ministry

Amos was a tender of Sycamore trees when the Lord called him to be a prophet. “I was no prophet, nor a prophet’s son, but I was a herdsman and a dresser of sycamore figs. But the LORD took me from following the flock, and the LORD said to me, ‘Go, prophesy to my people Israel’” (Amos 7:14 ESV). Moses was sent by God from the burning bush, “Come, I will send you to Pharoah that you may bring my people, the children of Israel, out of Egypt” (Ex. 3:10 ESV). And Nathanael was called by our Lord while sitting under the fig tree, “Before Philip called you, when you were under the fig tree, I saw you” (John 1:48 ESV).

As I think about these men and their divine calls, a familiar theme of God calling around wood — a tree, a bush, the wood of a boat off the coast of the Sea of Galilee and now, in the good order of the church, men are sent sub cruce, under the wooden cross, of our Savior, Jesus. And like nearly 13,000 other men who have received their divine call from the chapel of Concordia Seminary, St. Louis, I too was called into the Office of the Holy Ministry. I still remember the pattern of those wonderful words on April 29, 2015, “Jesse Kueker, pastor, Trinity Lutheran Church, Clinton, Mo., Missouri District.” But my journey to that moment, like everyone’s journey to that moment, was filled with crosses. 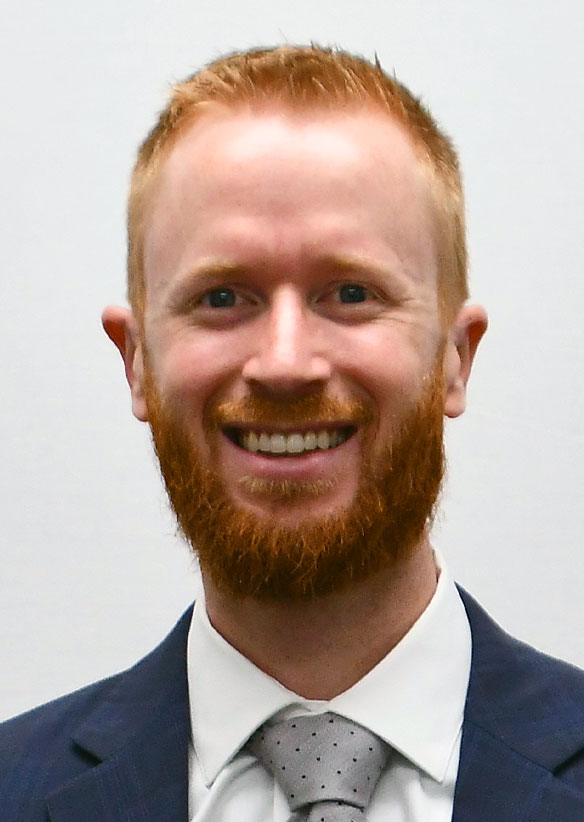 My first memory is sitting in a church pew and looking up at my mother while the pastor was about to give the Aaronic Benediction. “Can I do that?” I asked my mother who looked down at me with a broadening smile and a squint of the eyes while most likely thinking about the future me being a pastor, and she said, “Sure, Jesse.” But, I had more immediate plans. With her permission, and a whole lot of gusto, I stood up in that pew, faced the entire congregation, threw my hands out wide, and began to pronounce my own benediction. My father slammed my rear back down upon the hard pew before I could finish what I had started. Twenty-five years later, I would finally get to do it. It was worth the wait.

In my line of work, I get to talk to a lot of men who have experienced similar moments in childhood. Some who tinkered with setting up their own Communion sets at home while they played “church” with their stuffed animals, preaching to them and having their own teddy-bear versions of the Divine Service. Others who would often think about sermons while mowing the yard or doing a regular household chore. Many who struggle to find the appropriate words to describe how they would feel when they watched their pastor process into the church or when the Words of Institution were spoken. It was as if the Lord Himself were speaking directly to their own hearts in those moments and calling them, “Go, prophesy to my people Israel.”

And like so many of these ordinary regular men whom the Lord calls, I too, struggled with crosses along the way. Anxiety nearly crippled me during my second year at the seminary. I remember telling my wife, “If I ever become a pastor someday, it will be solely by the grace of God, because I cannot do this.” The anxiety and the worry about carrying the responsibility of the pastoral office ebbed and flowed, but vicarage kept me busy, and I was able to truly enjoy my time at Mount Calvary Lutheran Church in Warner Robins, Ga. However, when I returned for my final year at Seminary, all my anxiety came rushing back tenfold. It was in this whirlwind of confusion, despair and angst that I decided there would be no way I could make it to Call Day. The thought of the pulpit, which once was the joyful retreat of my daydreaming mind 10 years ago, now was a dreadful image — a nightmare — a place from which I wanted to run. My Jonah experience had arrived. I wanted to find a boat and sail for Tarshish.

There was a familiar phrase that ran through my anxiety-ridden head that year, “You can’t do it.” The devil had me in a death grip, and every which way I tried to prove I could do it — I could be a pastor — the chains only tightened, and the darkness enveloped me further. Once a socialite, I stopped socializing with my friends. Once a college athlete, I pulled away from the intramurals on campus. The dread of being sent as a pastor became so heavy that I stopped eating. Perhaps you too have experienced such heavy and inflicting moments in life that even swallowing seems to demand too much of you?

“You can’t do it. You can’t do it,” is the ultimate fear of a perfectionist like me. And while I didn’t realize it at the time, it was just one more idol which the Lord Himself was removing from me. I ran to my pastor, to prayer, to reading the Scriptures. I saw a counselor every week for the first several months of my fourth year of Seminary. People think I am being funny when I tell them the first week back from vicarage I saw my pastor, doctor, counselor, chiropractor and a massage therapist. But, I am not joking!

They all were the hands of God Himself, the voice of God Himself, helping me under the crosses of this life. They carried me through. This wonderful Seminary community eased my burdens. My family supported me, and I felt the prayers of the church surrounding me pushing me ever closer to Call Day. By the help of God, and only by His grace, I approached April 29, 2015, saying back to the devil, “You are right, devil, I can’t do it, and that is okay. For I know One who already has gone before me. He has conquered you, and it is Him who I shall serve!” Jesus is the one whom we serve after all, and He will bear you up and the people you are called to serve. He and He alone will sustain you with a Word while you go to so many people suffering under their own wooden crosses in life. But, take heart for He says, “Come to me, all who labor and are heavy laden, and I will give you rest. Take my yoke upon you, and learn from me, for I am gentle and lowly in heart, and you will find rest for your souls. For my yoke is easy, and my burden is light” (Matt. 11:28-30 ESV).